The unsigned lacquer painting above, “Landscape of Northern Vietnam”, depicts three farmers against mountains and rice fields. It is unsigned but belonged to artists from the Hanoi College of Fine Arts, an art school in Hanoi that was originally established under French colonial rule in 1925.

The painting was part of the auction house’s “Indochina Sale” of nearly 50 picturesque early 20th-century depictions of northern villages and the suburbs of Saigon in lacquer and oil paintings .

Dinh Minh’s “Northern Vietnamese Village Scene” was painted in the 1950s. It shows an afternoon when a farmer returns home with a horse. It was sold for 5,670 euros. 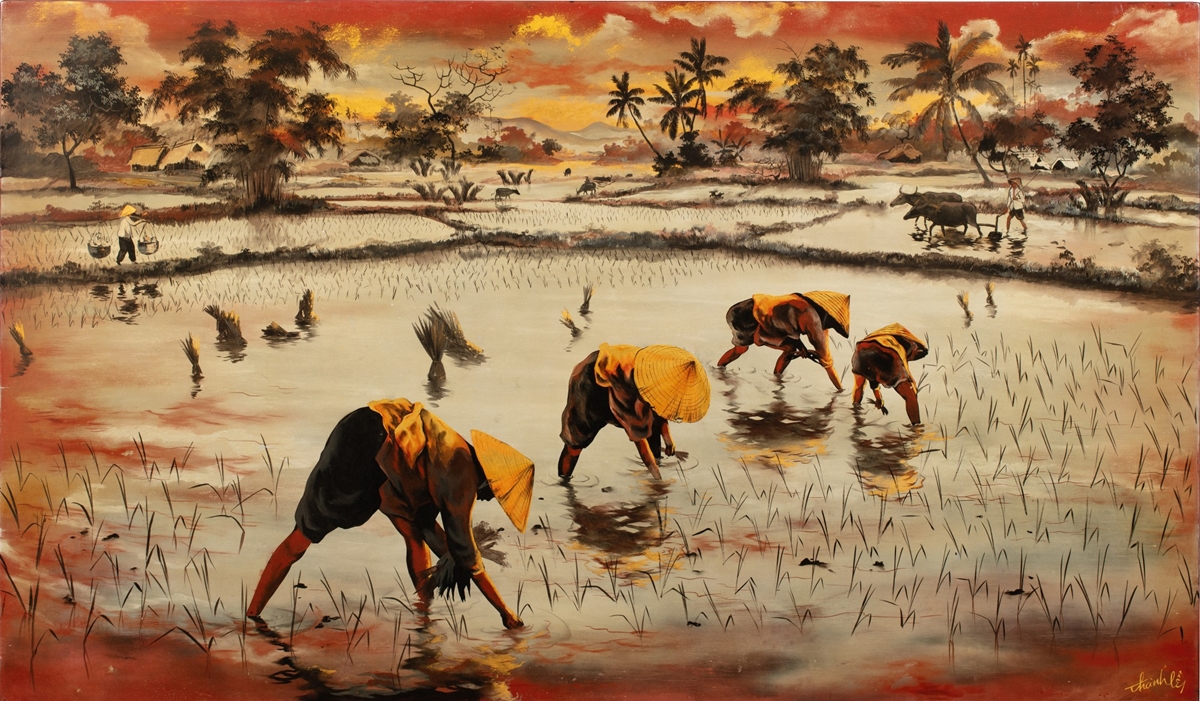 “Women carrying firewood” by Nguyen Mai Thu in 1934, another scene from the countryside of northern Vietnam, sold for 11,340 euros.

“Village scene in northern Vietnam” by Tran Van Tho, a painting on silk produced in the 1950s, sold for 9,540 euros.

Sold for 1,134 euros, these two oil paintings by Tran Van Giang depict the landscape of the outskirts of HCMC in the 1960s. 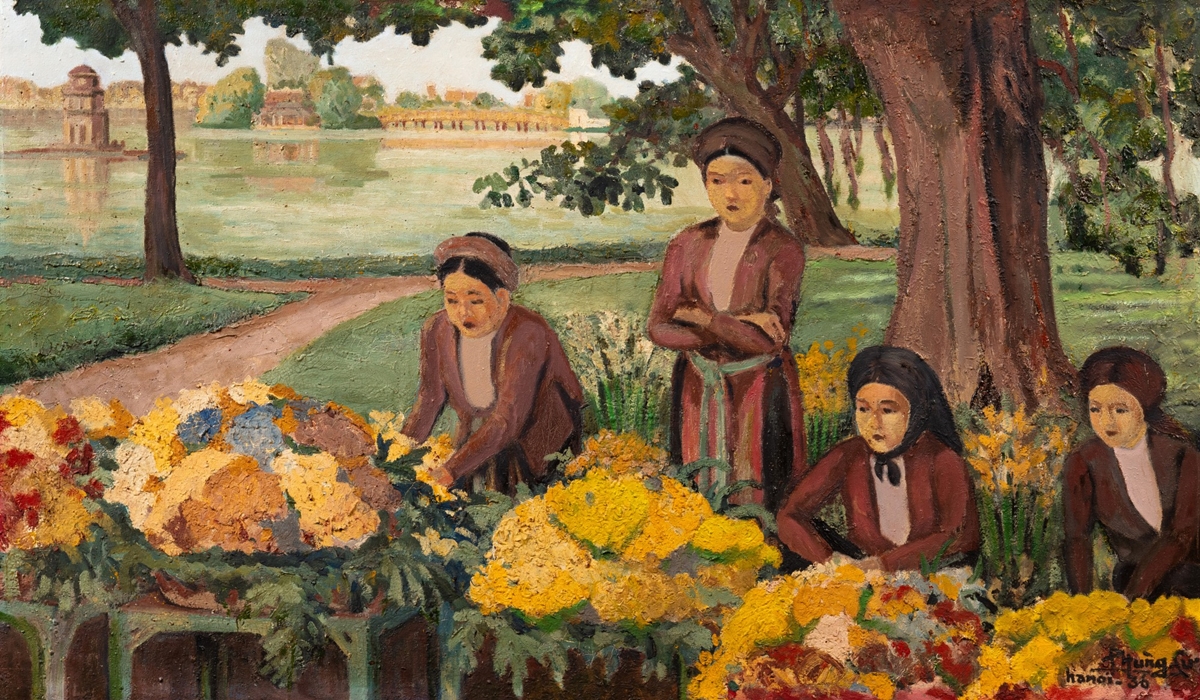 “Flower vendors near Hoan Kiem Lake” by Phung Fu was sold for 176,400 euros. The oil on silk painting, made in 1936, shows an idyllic scene far from downtown Hanoi today.

Sotheby’s, an American multinational founded in Britain and headquartered in New York, is one of the world’s largest brokers of fine art, jewelry and collectables.

Discover all the Vietnamese and international news

You can cancel at any time